Helping You Protect Your Home

Everything You Need To Know About Vehicle Dent Repair

Whether it was a wayward shopping cart or a careless driver, a dent is something you have to deal with right away. Here's what you need to know about vehicle dent repair.

Can all dents be repaired?

Yes, but not all dents are created equal. Cars and trucks get dented in all sorts of ways: shopping carts, hailstones, and errant children with basketballs can all be threats. The key to a successful repair is access to your car's body panels. In general, most dents can be repaired successfully if they are caught early. The longer a dent sits, the more it will corrode and discolor, and the harder it will be to repair.

What if you don't have any insurance?

Many dent repairers will work with you regardless of whether or not you have insurance. Sometimes they will even give you a cash discount if you don't have insurance. It doesn't hurt to ask. Additionally. it may not be worth it to put in an insurance claim to repair a small dent. Your deductible may be higher than the cost of the repairs.

How are dents repaired?

If the dent is small and shallow, it can be repaired without removing any panels. If the damage is more substantial, however, you may need to remove a door panel or two to access all of your vehicle's bodywork.

Is it important to repair car dents?

Yes, it is essential to repair car dents. A dent can easily spread or become worse over time, especially if the vehicle is exposed to the elements. Also, a damaged paint job can affect your car's resale value and interfere with its overall appearance.

How do you know if a dent can be fixed?

There are several things to look for when determining if a dent repair can be successful. The size and depth of the dent affect whether or not it can be repaired successfully. Additionally, if the location of the dent is in a difficult-to-reach place, such as behind a wheel well or in between body panels, it may be more difficult to repair and more expensive due to increased labor costs.

How much do dents devalue a car?

Denting your car doesn't just make it look bad. It can also affect its resale value. So, even if you're not planning on selling your car anytime soon, it's still a good idea to get small dents and dings repaired as soon as possible.

The most common type of car damage is a dent. Dents can be caused by something as small as a rock hitting your car to something large like a baseball bat. No matter the size, all dents should be repaired as soon as possible to prevent any further damage and keep your car looking good. While you may think that repairing a dent is an easy DIY project, it's actually best left to the professionals. 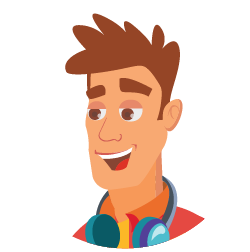 When forces beyond your control damage your home, you are going to want all the help you can get repairing and restoring your home. We understand that at Triump Restoration. We created this website to help answer all of your questions about restoring your property after it is damaged by water, wind, mold, fire, smoke, and other natural forces that can wreak havoc on your home. We designed our website to provide you with tips on what to do when dealing with damage so that you have the knowledge to act on your own and know what professionals to reach out to. We hope that you can prevent as much damage as possible to your property.